Still no solution to my aforementioned problems, but since I still want to keep this blog rolling (pun intended) I have come up with an idea. What is happening is after an hour or so my uploads are timing out and I cannot get a full file to upload to either rapidshare or megaupload. So I am going to put this question to any and all who still may be lurking around my humble domocile:

Would anyone be interested in me uploading files song by song (i.e.: one file per song) or would this be a total waste of time? I think I can get it to work this way, and it would only be temporary until I get my shit together. I figure for those with accounts with rapidshare it probably wouldn't be a total pain in the ass, but for those without, it would probably take hours and hours. So let me know if this sounds okay for an interim solution and I will be back in a couple days to get a verdict. Please let me know either way.

Also wanna say hello and thanks to all those who haven't totally given up on me yet and thanks to Kit who has taken command of the liveandotherwise blog and turned it into one hell of a cool place to grab the hard goods!
Posted by Time Traveller at 6:42 PM 20 comments:

Howdy soakes, I mean folks. I am now encountering problems with uploading and I cannot figure out if it is due to my new internet service provider or because of something with Vista. I am searching the web trying in vain to figure out the problem and I seem to be getting nowhere. I am not very tech savvy. Problem is my uploads are so slooooooow, rapidshare times out on my uploads. I am using a new ISP called Clearwire and I am hearing bad things about upload speeds with them, but my downloads are wizzin' (as long as I don't try to dl too much concurrently).
So I am not intentionally slacking, it's just I can't get this friggin' computer up to snuff.

As far as the Simon Stokes goes, I am trying to go through the DVDs I ripped before my other hard drive went kapoopie. If I can find it I will get it back up here, I hopefully didin't lose it along with a ton of other stuff.

As far as using the so-called link masks, I don't think they help as I encounter plenty of stuff at mass mirror, shareabee and lix that are deleted. So apparently there is no way to get around that.

And lastly on the debate of being able to hear stuff before you buy it (my final 2 pennies, and I am saying no more--til next time hehe), I agree to some extent with both sides. There are a lot of people that actually buy the stuff they like (I know 2 guys first hand at work that spend 80 to 100 bucks a week on CDs---they have the disposable income , and yeah they usually dl it first to see if it's worth their bucks), and probably just as many or more who don't. But if the people who dig it go and buy a used copy is that helping these bands anymore than if they download it? Not hardly. Is it hurting them anymore than if they download? I would have to say no again. The only time a download hurts an artist is if that person that downloads their album was going to buy that album new and then doesn't BECAUSE of that download. I have downloaded a lot of crappy stuff that I would never spend a penny on, and it has met Mr. Recycle bin. I don't keep trash, my apartment would stink. But speaking for myself I am a very poor person and (blah blah blah, most of you have heard my life story already) cannot afford to buy this stuff at 25-35 bucks a pop. The sad truth is when I get the luxury of buying a new CD it usually goes to the local used store next time I am hard up for cash. So I mostly buy used, and depend on the ignorance of most of the used stores in my area to not know what the hell they have when an obscure psych or prog CD hits their store (and that is few and far between).

But, say I download something by Band X and their tour bus pulls into town next Tuesday. I decide I can afford the 15-20 bucks (most bands I like haven't hit the arena prices yet) to catch them live and do so. I might even buy a trinket of memoribilia or a CD from them at the show.
Have I not become a supportive fan of Band X? Am I still a dirty rotten scoundel? Well, let's see.........


Now that money from the concert and trinket of worship will probably get to them, but Mr. Suit doesn't give a shit about that because I didn't buy the latest tin can lid he is making bucks on. So Mr. Suit decides to sue me, or hinder my ability to check out his band (no, I can't make a valid decision on a 22 second snippet or 1 or 2 songs, sorry! Lots of bands put out albums with 2 or 3 decent songs and 52-65 minutes of pure shit---and you know it, or you'd WANT me to hear it all). But yet still I understand your need to make a buck or two (or a hundred thousand), and until they come up with a way to make disposable downloads (i.e.: listen for 24 to 48 hours and they implode or something) I can understand your animosity to people like me. But just because you are upset about Band X getting downloaded, you don't have to go getting rare albums that will never see the light of day deleted to prove anything. Just ask and 95% of the bloggers will remove YOUR stuff. Then go to the painstaking efforts to have the other 5% removed. Most of us really don't wanna hurt anyone, even you. Do you really think you are doing your bands any favors? Do you remember a little band called Metallica? Don't alienate the ear that hears you.
Posted by Time Traveller at 1:44 AM 10 comments:

I leave the blogsphere for a couple months and the whole place goes nuts. I have spent the last few weeks trying to dig up all my old links that I'd lost only to find that there is another (the same one?) so called deleter out there again and he/they are virtually destroying some of the best blogs out here.

It begs many questions. Why someone would waste time reporting and getting albums that sold about 5 copies in the last twenty years deleted? Don't they realise that they are all but eliminating any chance these albums have got? Are they just trying to ruin people's harmless enjoyment, of which there are so few left in this fucked up world?

I have said this before, and I have to say it again--you cannot stop this, and we will find other methods of sharing. You can't stop people buying used stuff, and you can't stop the liraries from loaning out the stuff. Give it up and get a life. Go fight against something you can actually win, or even better, something productive (God forbid!!). You are fighting something similar to a war on drugs here.

I just got an anonymus (of course) comment that said "We're stopping you from stealing from us......" and to that I say, why not let the artists decide for themselves if they want you to be their gatekeeper. Who made you king of the blogs? Myself and many others have gotten plenty of praise from artists who were just glad to be remembered (and also a few who asked their stuff to be removed--which all bloggers I know comply with A.S.A.P.). I don't recall any "we" becoming the appointed mayor(s) of blogtown.

I will be back in a couple days with some stuff, and it will probably only last a few hours so you'll have to grab it quick. Or possibly I will upload it twice and save one link for the good folks I know well to trust with them. We'll see how it goes. You know, if some people could just use the time they waste on petty nonsense for good, this world could be a better place.
Posted by Time Traveller at 11:48 AM 17 comments: 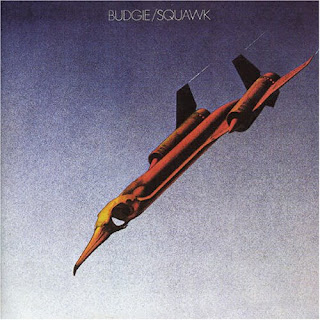 Well the last post of this turbulent year is a great hard rock album from 1972. I'm sure anyone reading this blog is familiar with these guys and if by chance you aren't, here's the perfect oppurtunity to do so.

Note: I have been extremely out of the loop of the internet for the past couple months so, hopefully this hasn't been posted elsewhere. If so, I'll gloat about my grand rip at 320K.

This was ripped and uploaded basically to make sure I had everything tweeked right on this new computer. I will be back in a couple days with a bigger and better post.

In the meantime I'd like to wish all a happy new year and myself a better one than last year!!

You can't Enjoy bercause it's been trolled by some twat. sorry, !


Thanks to all the well-wishers who have stuck around over this past year of trials and tribulations. I decided to go ahead and get a computer instead of trying to fix the old one, and so after some heavy shopping, i picked out yety another Dell (I guess I'll never learn). Anyways, I am sitting here trying to learn this bullshit Vista and digging through my discs of programs to find my ripping software and other stuff I need to run this blog (poorly at best). It'll be a couple more days as i try, mostly in vain, to recover lost passwords and other such stuff.........
Posted by Time Traveller at 3:10 AM 10 comments:

Sorry, still no new computer yet. But I wanted to drop by and wish everyone a merry Christmas
or happy holidays or whatever you celebrate (or don't celebrate) for that matter.

Hopefully things will get better soon and I can get back to some sort of posting real soon.

Thanks everyone for your patience and not giving up on me yet!!

A couple new ones from BFK! Thanks!

My plight is ongoing, but thanks to Bigfoot Kit, here are a couple groovy LPs to help keep you happy in the cold winter. I am slowly trying to get it back together, but I am trying to find a semi-reasonable place to try and recover my hard drive which had not only 35 gigs of rarities and cool shit, but also all my passwords and stuff. And please don't tell me I'm stupid for storing them on my drive. I already know that!! Back soon (hopefully)!!

Posted by Time Traveller at 7:33 AM 9 comments: